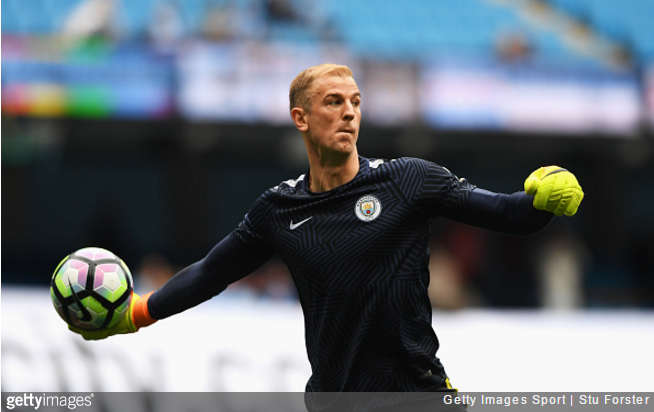 You’d think that Pep Guardiola was publicly birching him in the streets given the hysterical outcry, but no – Joe Hart has not been driven naked through the city streets by Man City’s new coach quite yet. He’s simply been dropped for the first few games of the season.

While Pep has been accused by members of the press of “humiliating” and “mistreating” England’s sainted No.1, the truth is that City’s new coach simply does not believe Hart’s distribution to be adept enough to anchor his possession-centric system and has therefore immediately set about sourcing a more nimble replacement.

However, Hart has now found an ally in a fellow senior member of the Goalkeeper’s Union™, namely Gianluigi Buffon – who, amid the swirling vortex of guff, had some very nice things to say about City’s freshly-deposed stopper.

He (Hart) has consistently, over the last five or six seasons, shown he is among the best goalkeepers in the world. De Gea and Neuer are the two outstanding goalkeepers right now. After that, there is not anybody who is on an obvious higher level than Hart.

He has many years of being a great goalkeeper ahead of him, no matter if they are at Manchester City or anywhere else.

Nice of Gigi to leave himself off the list. Humble, as ever.

The Juventus stalwart then went on to highlight the fact that this is not the first time Hart has lost his grip on the first-choice status at City, having previously been bumped to the bench when Manuel Pellegrini dropped him in 2013/14.

When he returned (to the first team), he played some of the best football of his career. The ability is there. We know he has that.

Just as importantly, he has character – and that is one of the most important qualities you can have as a goalkeeper.

Fair enough. All parties are correct here. Hart is still a very good goalkeeper with the best part of a decade left of his career and will no doubt prove to be a fantastic signing as and when he susses his City escape plan.

In short, the sooner he hurries up and joins Everton, the sooner all this nonsense will go away.