Once the lynchpin of Manchester City’s title-winning sides, Yaya Touré has been left out of the Citizens’ Champions League squad by new boss Pep Guardiola.

City couldn’t include more than 17 overseas players in their squad for the Champions League, and with 18 currently on the club’s books, one had to be culled, with 33-year-old Touré the unlucky player.

Touré moved to Manchester City in 2010, a year after winning the Champions League with Barcelona, and helped the clubs to two league titles along with two League Cups and one FA Cup. However, the Ivorian has seen his power wane with the Citizens over the last couple of seasons.

Now, the player won’t see any action in the Group Stages of Europe’s premier competition, although he may be recalled for the knockout rounds when three changes to the squads can be made.

Touré had been linked with a move away from the Etihard this summer, with Inter Milan a possible destination. However, the midfielder is keen to see out his contract with the club, which ends at the end of the current season. 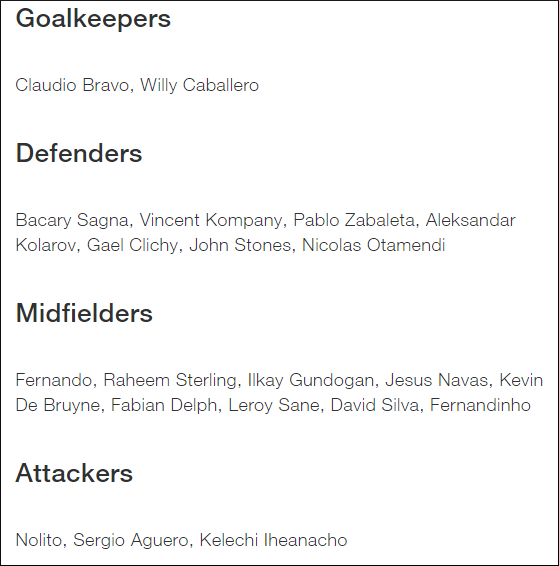 Still not a bad bunch of players, eh!