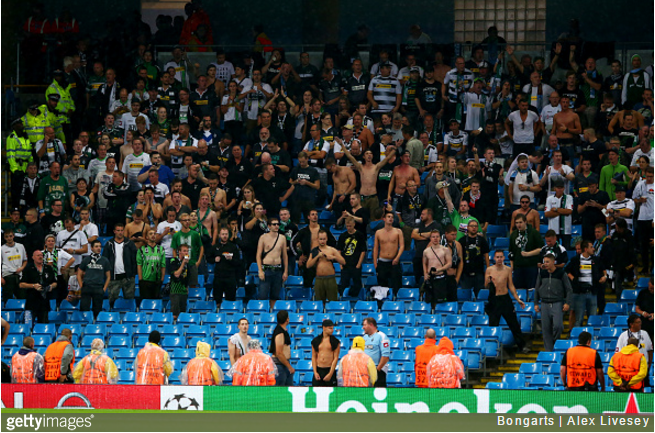 Borussia Monchengladbach have announced that they are doing the decent thing and refunding every single one of their travelling fans for yesterday’s rained-off Champions League opener against Man City.

The Etihad stadium was besieged by a freak monsoon before kick-off that left the pitch almost completely sodden. After being abandoned on Tuesday night, the game has been put back by 24 hours and will now go ahead on Wednesday evening instead.

The German club have since confirmed that the offer applies whether or not the ticket holder is able to stay in England to watch the rescheduled match or not, as a gesture of goodwill.

The Tweet reads: “Tickets remain valid. Borussia have paid the ticket price for all fans, regardless of whether they may or may not see the game tonight.”

Which is thoroughly bloody nice of them, no?