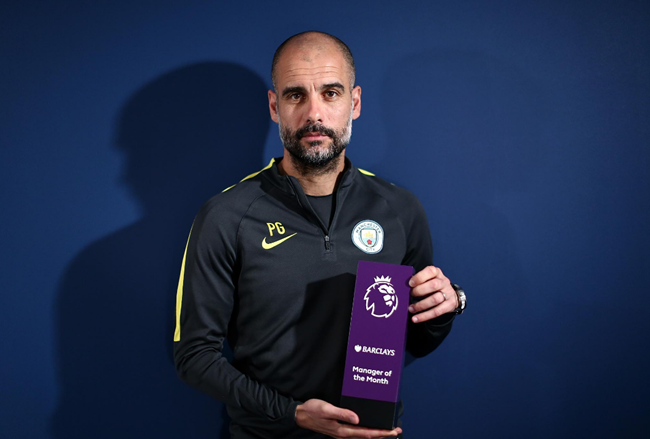 Pep Guardiola has been named Premier League Manager of the Month for February and can’t you just tell from the joy in his eyes?

The Man City boss took the trinket for making it through last month with three wins from three games, against West Ham, Swansea and Bournemouth.

Asked about the significance of the award, Guardiola began by suggesting he’d only been given it because “[Antonio] Conte’s cupboard is full”.

Premier League manager and player of the month award winners are announced Friday, not that Guardiola’s bothered if he wins pic.twitter.com/hHuWlVCxZB

Pies really do admire Guardiola for both his zero-tolerance disregard for the Premier League’s corporate pageantry and his obvious resentment of any and all interaction with the national press.

In short, he’s exactly the manager we’d like to think we’d be.