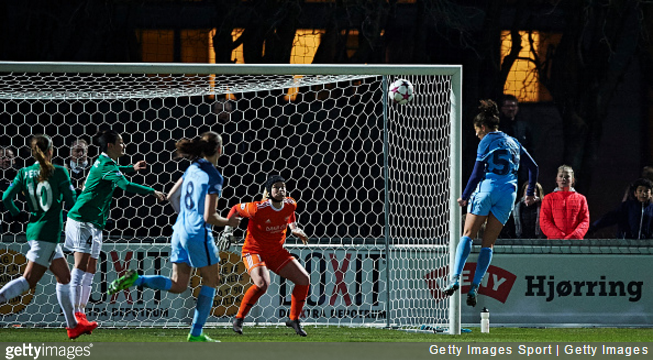 USA star Carli Lloyd got off the mark for Manchester City Women on Thursday,  netting the only goal of the game in a tight Champions League quarter-final first leg clash away to Fortuna Hjorring.

City were much the better side throughout the game against the Danish champions, and eventually took the lead on the half-hour mark, with an unmarked Lloyd heading home a Jane Ross centre.

That was the 34-year-old Lloyd’s first goal for City since her move to England in February.

The WSL champions should have won by more, with England international Luzy Bronze hitting the crossbar in the first-half and then heading just wide late on.

However, City held on to take a 1-0 advantage into the second leg in Manchester on March 30th.

The winners of the tie will face one of last year’s finalists, either Wolfsburg or Lyon, in April’s semi-finals.