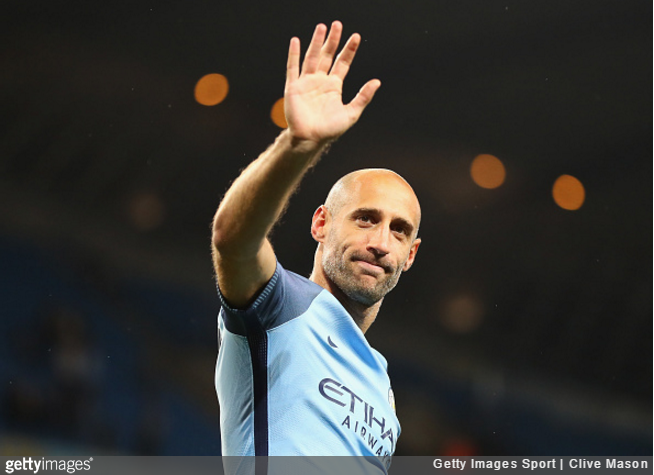 As is fitting, Pablo Zabaleta was given a heroes send-off after making his 333rd and final appearance for Man City at the Etihad on Tuesday evening.

Soon to be on his way after nine years at City, the 32-year-old Argentinian was given the full guard of honour treatment after coming on for the last 30 minutes against West Brom.

As the tears began to roll, Zabaleta was presented with a customised City shirt with the number ‘333’ on the back, as well as a novelty first aid kit from the club’s medical department.

As a token of their esteem, the City board also gifted the veteran defender with a unique “lifetime season ticket”, meaning he’ll be able to come back and watch his ex-side in action whenever he so chooses.

Zabaleta presented with #MCFC “lifetime season ticket”. Looks really touched. No longer the life sentence it would once have sounded like…

What an excellent little gesture. Certainly beats getting to pick an item of overpriced kitchenware out of a catalogue.