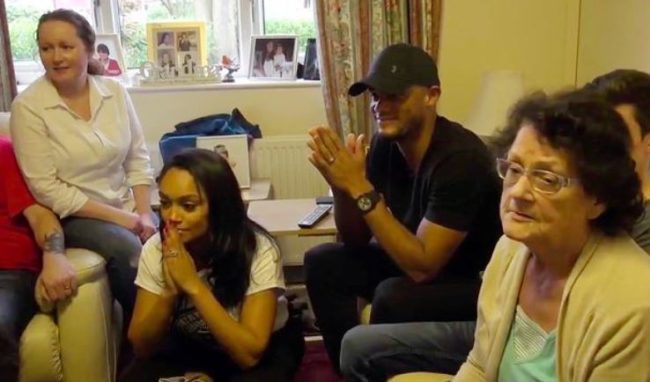 A Manchester City stalwart for 10 years, Vincent Kompany celebrated his third Premier League title ’round his nan’s house, among a gang of United fans.

Watching the Red Devils lose to West Brom, a result which handed the title to the Citizens, City captain Kompany was with his wife Carla Higgs and her family, which includes her United supporting dad.

When the full-time whistle went at Old Trafford, Kompany celebrated with his family.

Love the fact Vincent kompany lives in a council house! Getting the true feel of Manchester! #mcfc pic.twitter.com/7ztCRZVC9o

Kompany’s father-in-law, bedecked in a United shirt, put aside old allegiances to congratulate the title-winner. 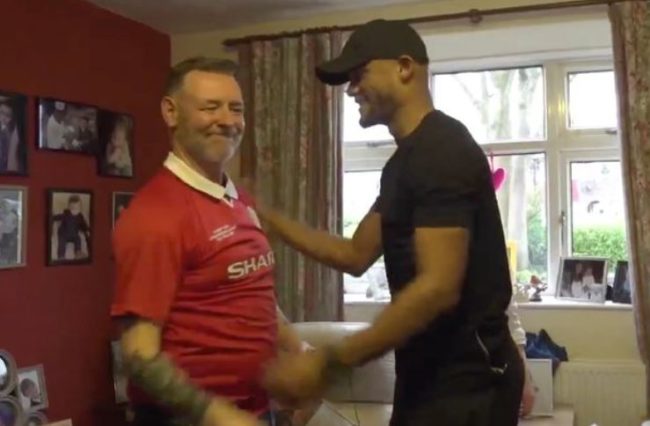 The 32-year-old then popped down to the local pub where he met up with team-mates Bernardo Silva, John Stones, Fabian Delph and Kyle Walker.

At the boozer, the 32-year-old even made an impromptu speech to the locals.

Considering the injuries Kompany has endured over recent years, there’s no-one who deserves to celebrate harder than the big Belgian tonight!