Manchester City defender Kyle Walker posted and then swiftly deleted a cheeky Tweet after league leaders Liverpool could only draw against Leicester on Wednesday night.

Liverpool could have gone seven points ahead of the Citizens with a victory over Leicester, only for Harry Maguire to cancel out Sadio Mané’s goal in the game, which would end 1-1.

After the match, Walker dug out that famous Maguire meme to have a little dig at everyone expecting Liverpool to increase their lead at the top of the table… 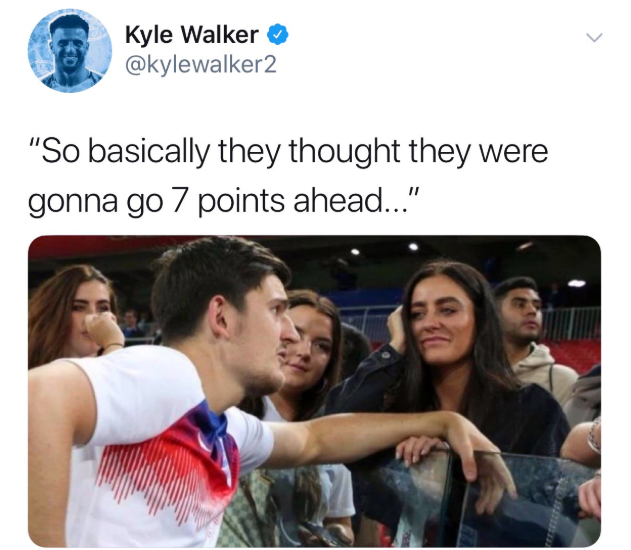 However, ex-Tottenham full-back Walker then deleted the Tweet, no doubt after having his wrist slapped most likely by the Citizens.

It all seemed rather harmless and quite amusing to us!