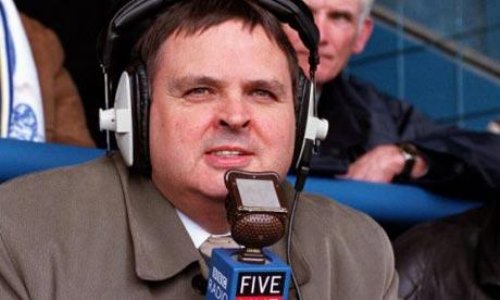 “Dzeko’s been purr tonight, very purr. Which reminds me, I hate kittens…”

Anyone who happened to listen to BBC Radio Five Live’s coverage of Man City’s clash against Villarreal will have no doubt turned off (as I did) around about the point that their insufferable, jowly curmudgeon-in-chief Alan Green added ‘orchestrated fan displays’ to the long, long list of piffling things he ‘really hates’ about football – which came about five minutes before kick-off (a couple of minutes after he’d already taken the time to add the City fans themselves for having the temerity not to completely fill the stadium on a perishing Tuesday night).

Anyway, Green was wibbling on about the blue and white cards that had been left on every seat by City in the terraces ahead of the turnstiles being opened which, once held aloft by the fans, would apparently read something along the lines of ‘Blue Moon’ – only, we didn’t actually get that far. Nowhere near.

Instead the cards were almost universally crumpled up and hurled down from the stands at players, stewards and any other unfortunate soul that happened to wander into range over the course of the evening… 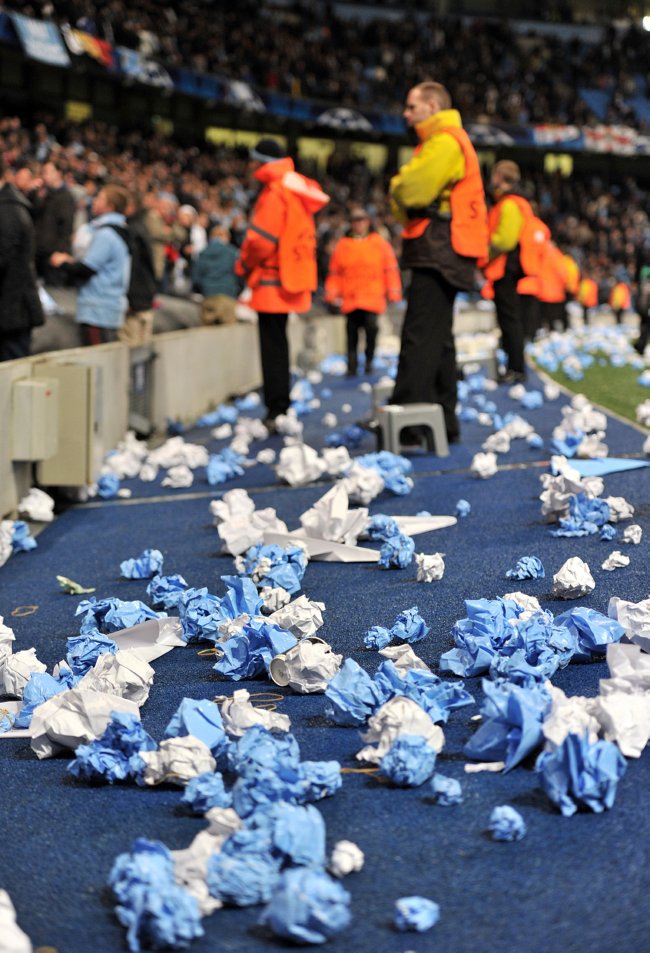 Seems like old Greeny may have had a point after all.