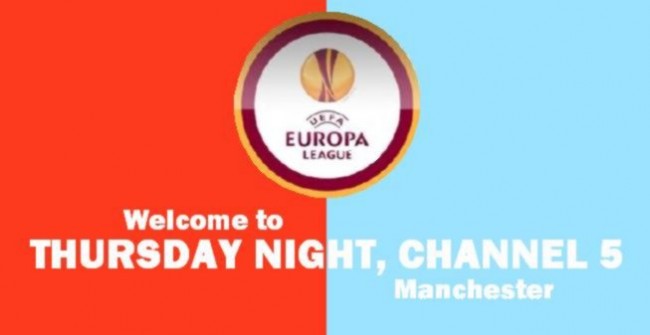 Oh dear, oh dear. That really didn’t go to plan did it? ‘Twas a quiet evening in Manchester last night as it conspired that both of the city’s sides will be playing knock-down, B-stock, factory damaged Europa League football in the new year after being sent sprawling from the Champions League in acrimonious fashion – United especially, at the very least City actually won on the night.

That is, City will be feeling glum this morning, but United (whose destiny was in their own hands in Switzerland) will be beside themselves after failing to make inroads against a spirited if limited Basel side. Yes, they enjoyed the lion’s share of the pressure and possession, but the brass tacks are that United created very little of note – ‘all pump and no squirt’ as they say in the business.

Indeed, United’s best effort on goal (including Phil Jones’ scrappy last minute consolation) came through Basel’s Markus Steinhofer, who fired an exquisite volley against his own crossbar mid-way through the second-half. When you’re relying on your opposition’s right-back for attacking flair, you know you’re in trouble.

United are plainly going through a transitional period and success does tend to be cyclical so they’ll doubtlessly be back at the top table before too long, but the problem currently underlying it all is that the squad just isn’t good or imposing enough to match the club’s manifest ambitions. Even the supposedly ‘lesser’ teams just aren’t being intimidated by that midfield and/or that defence any more. Both units are slightly sub-par, and everybody senses it.

Don’t get me wrong, I’m talking in relative terms here. They’re perfectly good enough to thrash the living daylights out of a Wigan here and a Bolton there but that razor’s edge is looking increasingly blunt when it comes to shaving the big boy’s balls. New blood is required.

As for City, they and their accountants will doubtlessly be aggrieved they couldn’t make their debut campaign a winning one, but no-one was really expecting them to anyway were they? Given that they’ll probably win the Premier League this season to boot, dropping out at this stage of the Champions League will almost certainly be largely forgotten about come May-time.

They’ve also got every chance of winning the Europa League now too, provided they can keep their talent interested during those long trips around the continent now the biggest, most vainglorious prize in European football has been taken out of the equation. Whereas the multitude of snoods may suggest otherwise, you’d rightly hope that it isn’t going to be an issue.

In fact, anyone else getting a hankering for a City/United final? I, for one, can feel it in my waters.