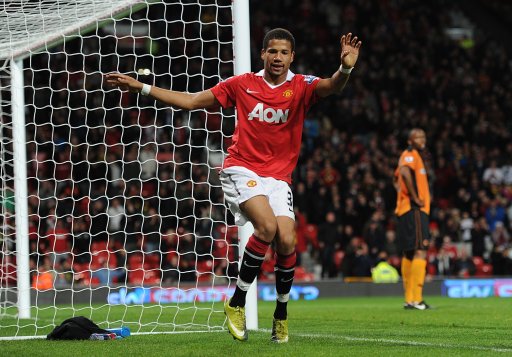 Ah Tiago Manuel Dias Correia, remember him? Better known as ‘Bebe’, the Portuguese youngster, who had spent time living on the streets, was snapped up by Sir Alex Ferguson after the Scot was impressed by him  in a game of Championship Manager his grandson was playing (possibly).

Anyway, the Red Devils spunked £7.4million on the leggy winger in August 2010, only to see him crash and burn with United. Shipped off to Turkey on loan at the start of the season, the 21-year-old has struggled to ake an impact with Besiktas, with both injury and ill discipline scuppering his time in the Super Lig.

However, now United are set to be questioned by the old bill as part of an ongoing investigation into the dealings of his former club, Vitoria Guimaraes.

Apparently, the authorities are looking into how a reported £3m of the fee United paid for the player ended up in the bank account of Jorge Mendes’s Gestifute agency, who look after the player.

The Red Devils have themselves yet to be contacted by the Portuguese police, with the club stating that “nobody is suggesting that we have done anything wrong”. So there.

Still, whatever happens, let’s hope that in dealing with the alleged dodgy dealings, the Portuguese judicial system doesn’t throw the Bebe out with the bath-water.