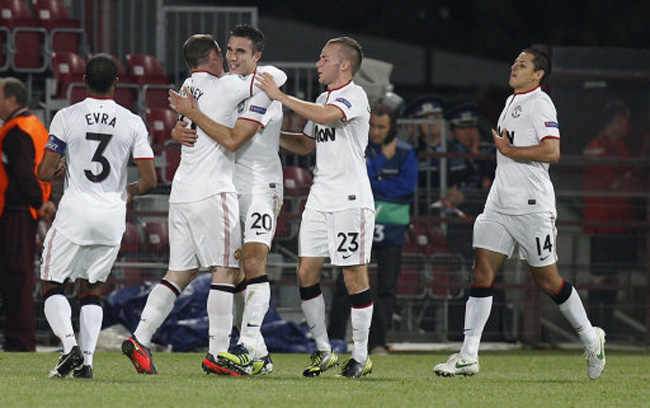 Robin Van Persie continued his superb scoring run with a brace away at Cluj on Tuesday night. His first came off his shoulder after he missed a header on the half-hour mark, but his second, which came after the break, was a superb strike. Latching on to a fantastic chipped through ball from Wayne Rooney, the Dutchman flicked the ball past the goalkeeper with the outside of his trusty left boot.

The Romanians had opened the scoring themselves on 14 minutes, courtesy of a goal from Pantelis Kapetanos after dodgy defending from Patric Evra. However, except for a spell of pressure at the death from the home side, United were worth the win.