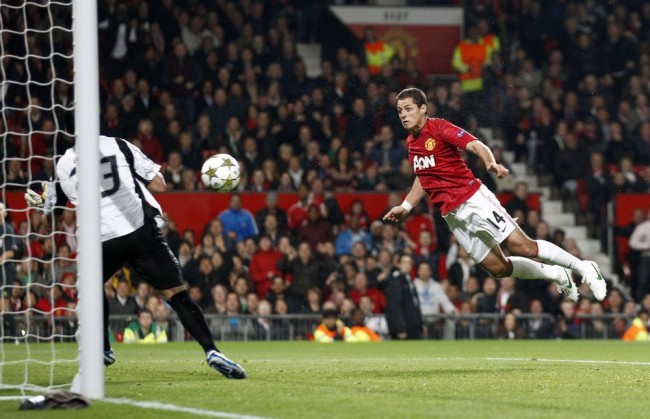 A brace from pint-sized hitman Javier Hernandez, along with a rare goal from Jonny Evans, saved United blushes after they endured a poxy start to their Champions League tie with Braga.

Star of the show for the visitors was the wonderfully monikered Alan (watch out for his equally talented brothers Nigel, Eric and Dave), who netted twice within the first 20 minutes to shock the Old Trafford crowd. However, once Hernandez got the Red Devils back in the game on 25 minutes, it was all United from then on in.

Interestingly, Sir Alex Ferguson sent out his side with a rather narrow diamond formation in midfield, with Rooney playing behind Hernandez and Robin Van Persie and Kagawa, Cleverley and Carrick completing the midfield. However, at half-time, Fergie hauled off the Japanese schemer and added some much-need width in the fleet-footed form of Nani and it definitely helped.