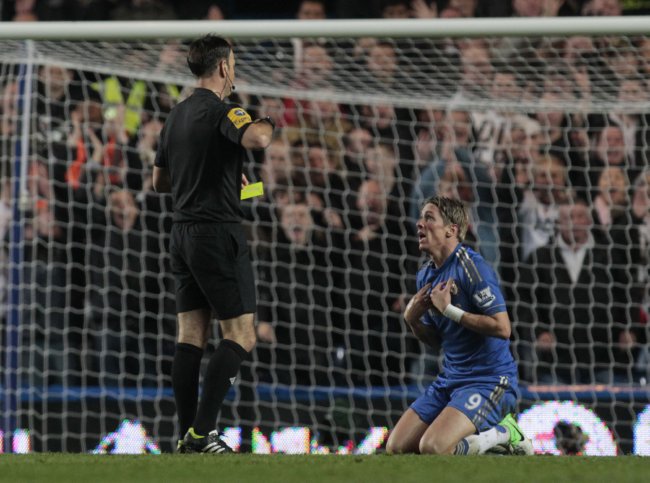 Bloody hell – what a game! This clash of two of the Premier League’s really big guns produced a load of goals, cards and talking points as United came out on top, albeit after some dodgy refereeing.

Right, firstly, the performance of Robin Van Persie has to be singled out. The Dutchman had a hand in the opening goal, when his shot came back off the post only for David Luiz to deflect it back into the Chelsea goal. The former Gunner then fired home from an Antonio Valencia cross to put the visitors 2-0 up after just 12 minutes. Indeed, throughout the game, his touch and movement were exquisite.

Juan Mata was also in fine form, bending home a superb free-kick to get one back for the Blues just before half-time and then having a hand in Ramires’ equaliser on 53 minutes, after good work too from Oscar. Just under 10 minutes later, however, Chelsea were down to 10 men when Branislav Ivanovic was rightly sent off, in a last-man stylee, for bringing down Ashley Young. But six minutes after that, things went from bad to worse for Roberto Di Matteo’s side, when Fernando Torres was given a second yellow by ref Mark Clattenburg for diving, when last man (ish) Jonny Evans clearly made contact with the Spaniard. Now to be fair, Torres had been booked in the first-half for a very dangerous high challenge on Tom Cleverley which arguably could have seen him pick up a red there and then. However, card-happy Clattenburg definitely made a bit of a balls of the actual sending off of the striker.

Down to nine men, Chelsea did their best to hold on, but eventually Javier Hernandez did score the winner, again after great work from RVP. But once again, the officials had a ‘mare, as the Mexican was clearly offside for the goal.

Objects were thrown onto the pitch by the disgruntled Stamford Bridge crowd while, in all the hullabaloo, a steward even fell and twisted his knee.

The result sees United move to within one point of Chelsea at the top of the table. But if that wasn’t enough drama for you, it has now emerged that Chelsea have lodged an official complaint over Mark Clattenburg’s alleged use of ‘inappropriate language’ aimed in the direction of Mikel and, apparently Mata. Is this the next chapter in English football’s racism saga?