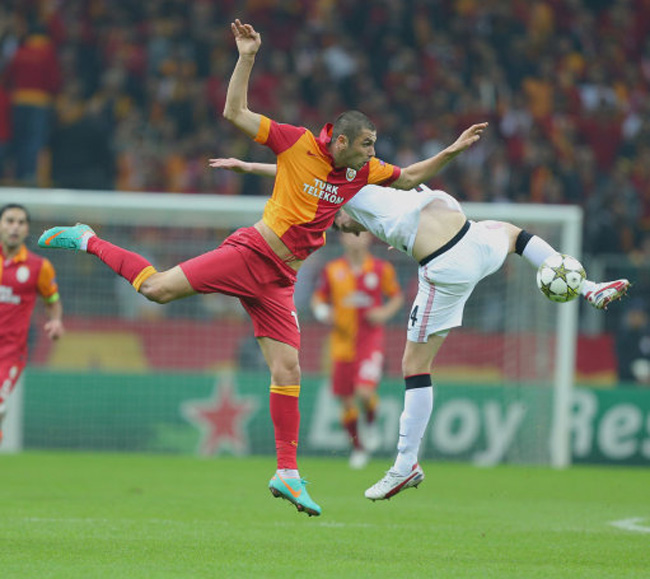 Having already qualified for the knockout stages of the competition, Fergie rested a number of his big name players for this trip to ‘HELLLLLLL’!!!!

Anyway, youngster Nick Powell produced an impressive performance in the centre of midfield and came closest to scoring for the Red Devils, only for his header to come back off the woodwork.

Ultimately, it was the home side who would net the only goal of the game, courtesy of the in-form Burak Yilmaz, who nodded home a corner early in the second-half. United had Anders Lindegaard to thank on a number of occasions as Gala came close to increasing their advantage, but ultimately they’d have to be content with a 1-0 win.

That victory sees the Turkish giants go second in Group H, level with Cluj on points (United are five clear on 12), with everything to play for on the last match-day.