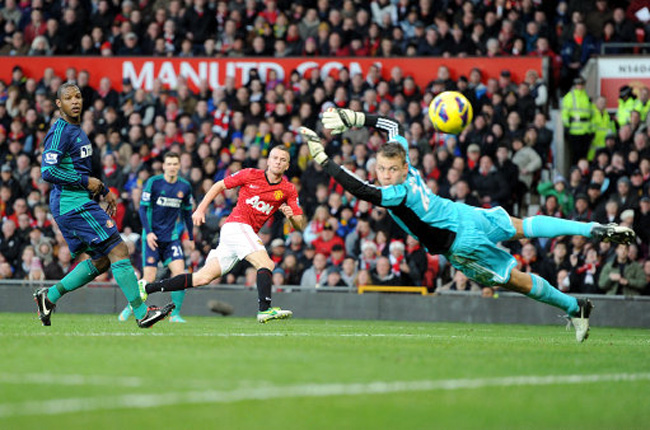 Manchester secured their place atop the Premier League table for Christmas after an easy victory over Sunderland at Old Trafford.

Rocketing out of the traps. the Red Devils had the game pretty much done and dusted within the first 20 minutes, with goals from Robin Van Persie (United’s 1500th at Old Trafford under Fergie) and Tom Cleverley putting the home side in the driving seat.

The Black Cats did their best to nullify United’s sharp attacking play but Martin O’Neill’s side were ultimately outclassed, with Wayne Rooney adding a third on the hour mark.

Frazier Campbell did get one back for Sunderland, on 72 minutes, but they were second-best throughout the game.

The result sees United stay six points clear of Man City for Christmas while the Black Cats remain in serious trouble, just one point above the relegation zone.