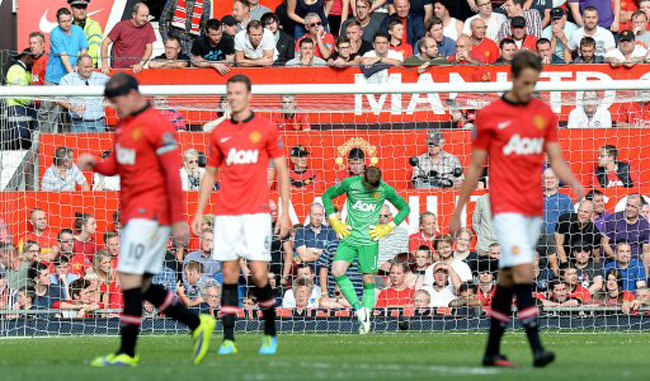 David Moyes’ positively underwhelming start to his career in the Old Trafford hot-seat took yet another turn for the worse on Saturday when his Red Devils were beaten 2-1 by West Brom at home.

Starting with Robin Van Persie on the bench, but Shinji Kagawa in midfield, the home side struggled to get into gear and eventually went a goal down after the break, when French attacker Morgan Amalfitano superbly chipped David De Gea on 54 minutes. However, the in-form Wayne Rooney got his side back on level terms just three minutes later courtesy of a free-kick.

Kagawa had been replaced at half-time by gifted youngster Adnan Januzaj but even the second-half introductions of Van Persie and Marouane Fellaini couldn’t help the kickstart the home side’s limp performance, with England U21 striker Saido Berahino netting to give the Baggies a superb and well-deserved away win.

Is it too early to start speculating over Moyes’ future?