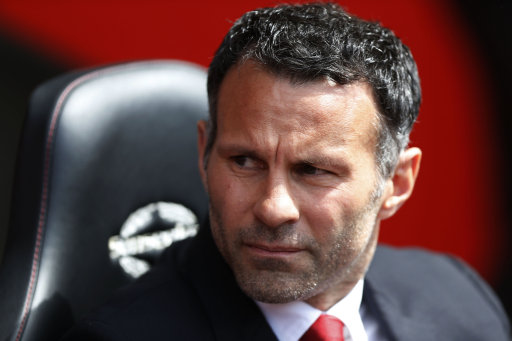 On the back of Louis van Gaal being appointed as Manchester United’s new manager, Ryan Giggs has taken the opportunity to formally announce his retirement from the game at the age of 40 before taking his place in the dugout as the Dutchman’s assistant next season.

Giggs has just posted the following open letter to United fans on the club’s official website:

Today is a fantastic day for Manchester United. Louis van Gaal is a great appointment and let me begin by telling you how delighted I am to be working with someone of his calibre. His credentials are second to none and I’m positive the club will thrive under his leadership over the coming years.

I would also like to take this opportunity to announce my retirement from professional football and embark upon a new and exciting chapter in my life, as assistant manager of Manchester United.

I am immensely proud, honoured and fortunate to have represented the biggest club in the world 963 times and Wales 64 times.

My dream was always to play for Manchester United, and although it saddens me to know I won’t be pulling on a United jersey again as a player, I have been lucky enough to have fulfilled that dream playing with some of the best players in the world, working under an incredible manager in Sir Alex Ferguson, and most of all, playing for the greatest fans in world football. I have always felt and appreciated your support.

I want to also give a huge thanks to the backroom staff and support teams we have and have had at Manchester United over the years. I would not have achieved the success I have without your continuing dedication and commitment to creating the best environment to enable the players to thrive.

I would not have won 34 trophies in my career without you. I would also like to say a special thanks to my friends and family for all your love and support.

For me, today is a new chapter filled with many emotions – immense pride, sadness, but most of all, excitement towards the future. United fans I hope will share and echo my belief that the club, the management and owners, are doing everything they can to return this great club to where it belongs, and I hope to be there every step of the way.

To the greatest fans in world football, thank you, I have loved every minute of playing for you and representing the biggest and best club in the world.

See you next season.

We never thought we’d live to see the day that Ryan Giggs retired. We just assumed he’d live forever in a state of suspended animation.

As far as potential immortality goes, he’s not making a bad fist of it – especially if his almost ageless Merlin sticker timeline is anything to go by… 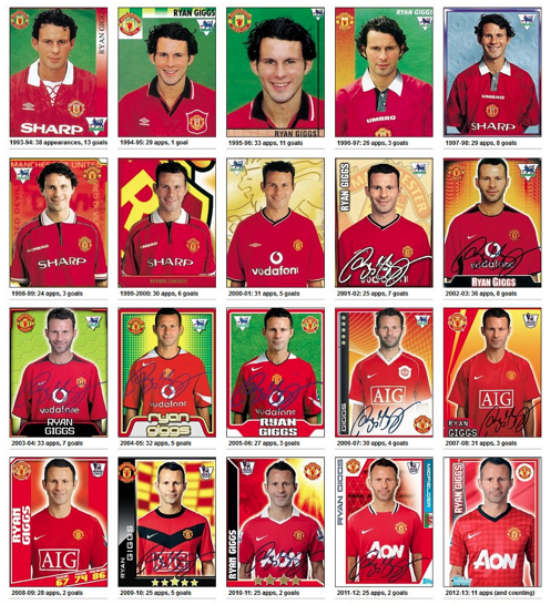