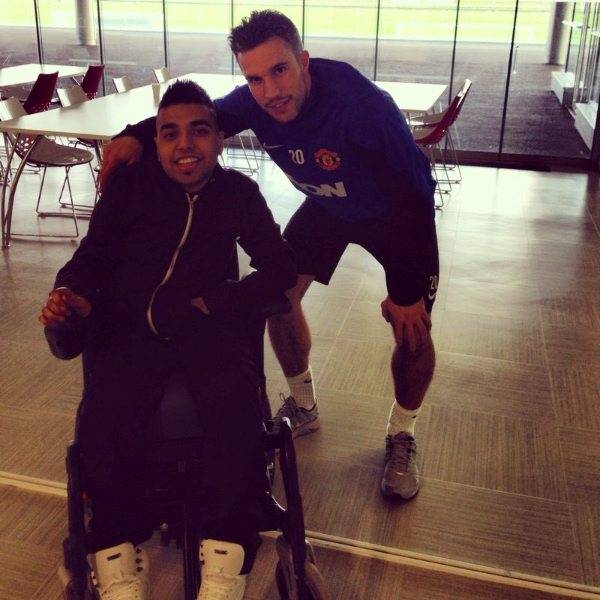 Manchester United have announced the club have added Sohail Rehman to their back-room staff, a young coach from Yorkshire who also just so happens to be the first wheelchair-bound coach to have ever been hired to train able-bodied professional players.

Rehman, who suffers from spinal muscular atrophy and has been in a chair since the age of 13, gained his requisite FA badges in 2013 after coaching at Sunday League level for years, with United signing him up to help nurture their young flock at the club’s academy.

“It’s mad! I get to go to the training ground most of the time and see the players – it is a weird feeling.

“I will always be a fan first, so I still have that fan instinct.

“It’s a great environment and everyone knows each other.

“It’s a great chance for me to gain some experience as well, being around coaches who have so much experience.”

A spokesman for United added:

“We are absolutely delighted to welcome Sohail to Manchester United, his determination to reach a unique role in football is an example to us all.

Apparently things were set in motion last season when then-manager David Moyes invited Sohail to come along and take a one-off training session to get a flavour of how things were done (or perhaps not done) at the club.

The Moyesian legacy lives on!