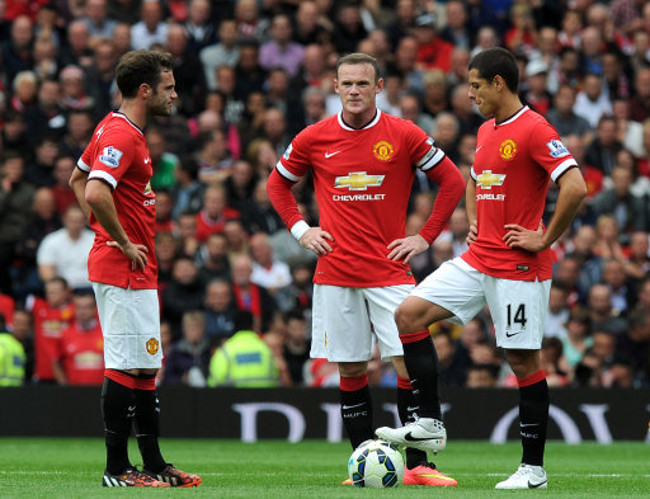 Louis van Gaal’s reign as Man Urd manager got off to a dismal start at Old Trafford on Saturday, with the red Devils going down 2-1 to Swansea.

With youngsters Jesse Lingard and Tyler Blackett in the starting line-up, the home side had most of the ball in the first-half. However, United struggled to test Lukasz Fabianski in the Swans’ goal and it was the visitors who would take the lead, courtesy of a tidy finish from midfielder Ki.

After the break, van Gaal threw on  Nani on for Javier Hernandez and eventually United got back on level terms courtesy of close-range finish from captain Wayne Rooney. However, the Swans remained a danger on the break and took the lead again on 72 minutes when  Gylfi Sigurdsson, on his second Swansea debut, fired home from 10-yards out.

United pushed for another equaliser but in the end the Swans held on to secure a superb win for Garry Monk and co. The result also highlighted the need for new-signings at Old Trafford asap.