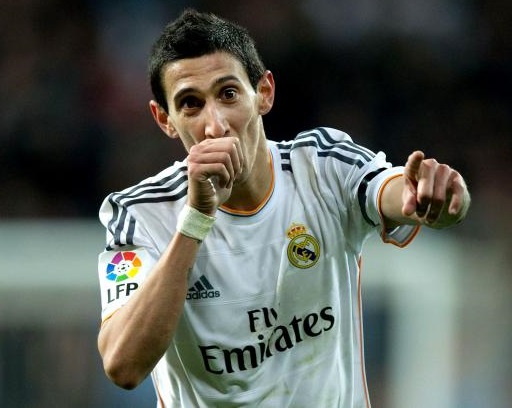 What is Angel Di Maria worth? Is he heading from Real Madrid to Manchester United? The Red Devils do look well-placed to sign the player, but for how much?

Today, the Daily Mail leads with news that the Argentinian urchin wanted by United is worth £100million! 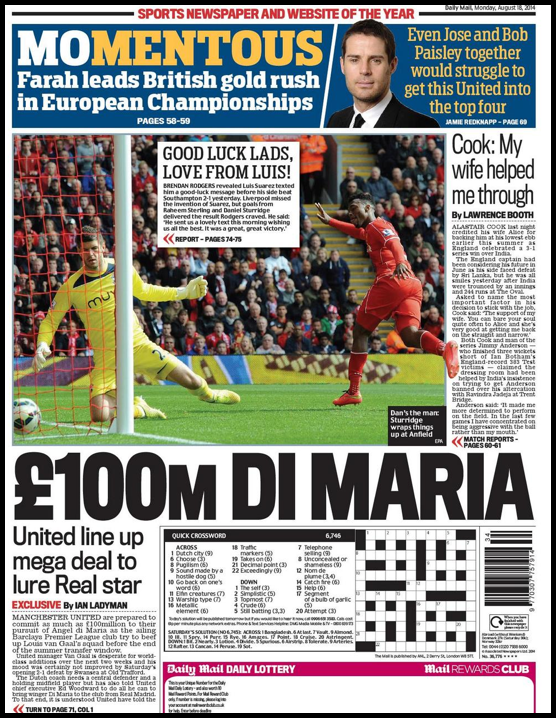 He’d be the world’s first £100m footballer. The Mail adds:

“It is understood United have told the Argentine that, with performance-based incentives, they will pay him around £200,000 a week.

“Over a five-year deal that would take United’s investment to £100m when a transfer fee of around £50m is included.”

Number of facts in the story of back up the headline: none

Number of quotes to back up the headline: none.

Of course, once one newspaper publishes the balls, the others copy it. 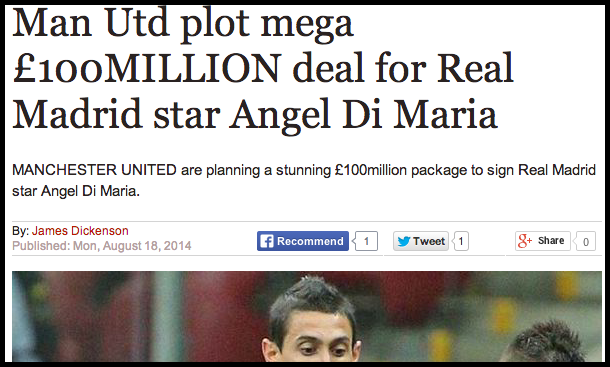 “The eye-watering deal the Red Devils are believed to have offered Di Maria would be worth around £50m, with the transfer fee included taking the total package to £100m.”

It used to be that journalists offered answers and sources. Now they just add a question mark to any old guff…