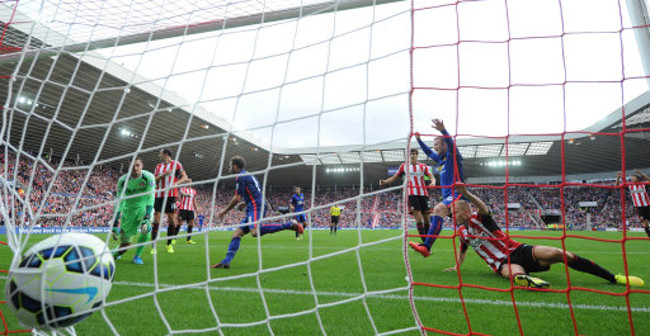 Louis Van Gaal’s Manchester United once again failed to impress in this 1-1 draw at the Stadium of Light.

Juan Mata had given the visitors the lead on 17 minutes, but the Red Devils failed to build on their advantage, with the Black Cats getting abck on level terms on the half-hour mark. Sunderland’s goal came after former Man City midfielder jack Rodwell was left unattended to head home from a Seb Larsson corner.

Van Gaal will be hoping that new-signing Marcos Rojo, who did’t feature in this game, can bolster his defence as the side still looks well short of the quality needed to challenge for a top four berth. As for Sunderland boss Gus Poyet, he’s ll be happy with his side’s performance with summer-signing Will Buckley particularly impressive.