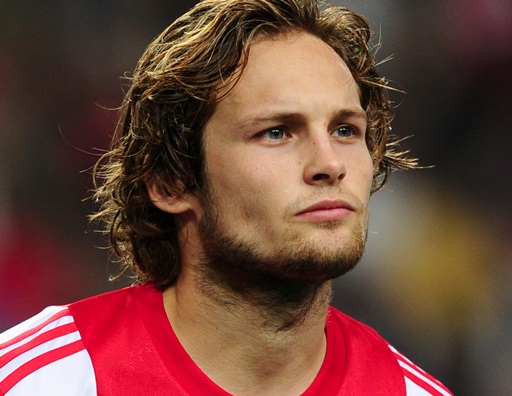 Just a few minutes ago, Manchester United have officially confirmed that they have reached a deal with Ajax over the transfer of Daley Blind.

The agreed fee for 24-year-old Blind, who can play in the defensive midfield role or on the left-hand side of the back-line, is believed to be about £14million.

BREAKING: #mufc has reached agreement with Ajax to sign Daley Blind, subject to a medical and personal terms. pic.twitter.com/2l1l7I2Aow

Now, by Ronald de Boer’s own admission (a man with a fairly well-placed source at Ajax), Blind probably isn’t going to pull up any trees at Old Trafford, but what he will bring is much-needed “calmness and awareness” to United’s defensive ranks.

Not a season-changing signing by any means, but with Louis van Gaal on a mission to thin out the United herd at the moment, Blind’s acquisition should be more than welcome – if only in a numerical sense!