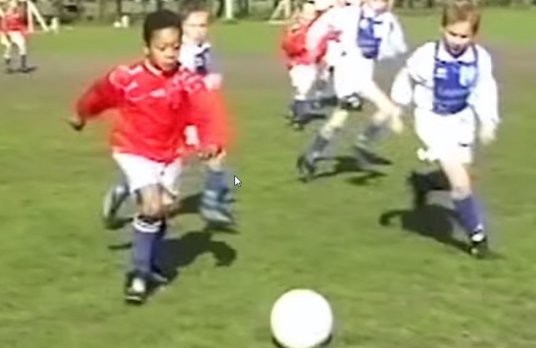 With a £25-30million deal struck and a medical passed, Memphis Depay is now just sat twiddling his thumbs at PSV, counting down the days until he becomes a Manchester United player on June 1st.

Footage has emerged (i.e, someone searched for it on Youtube) that shows the young Memphis Depay ripping it up for his hometown youth team V.V. Moordrecht back in the early 2000s.

Aged seven, little Depay is shown generally tear-arsing around the pitch, outstripping everyone for pace and scoring a clutch of impressive goals.