Manchester United got off to a winning start in the 2015/16 Premier League season after a Kyle Walker own-goal proved the difference against an under-par Spurs. 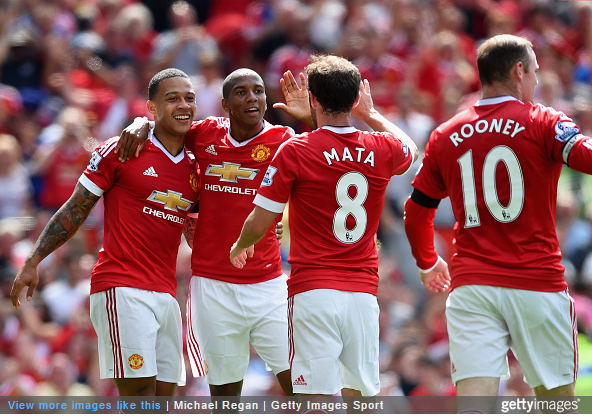 The Lilywhites did start well,with United’s surprise starter between the posts, Sergio Romero, called into action early on.

However, midway through the first period, Kyle Walker’s attempted tackle on Wayne Rooney resulted in the ball trickling past Michel Vorm and into the Tottenham net.

The goal seemed to spark the Red Devils into life, with Louis van Gaal’s charges snapping into tackles all over the pitch.

On the hour-mark, Bastian Schweinsteiger came on for Michael Carrick and it didn’t take too long for the German legend to pick up his first caution in English football.

Ashley Young impressed thoughout and even reminded us of his top-quality diving ability after the barest of contact from Eric Dier.

Late on, Mauricio Pochettino’s side finally started to threaten, with Eriksen prompting a fine save from Romero.

However, despite the late pressure, United hung on to get a welcome three points on the board. Of the Red Devil’s debutants, Matteo Darmian was the standout performer, although Memphis Depay and Morgan Schneiderlin, along with Romero and Schweinsteiger, can all be relatively happy with their afternoon’s work. As for Tottenham, they need to find some help for Harry Kane up front before the transfer window closes.