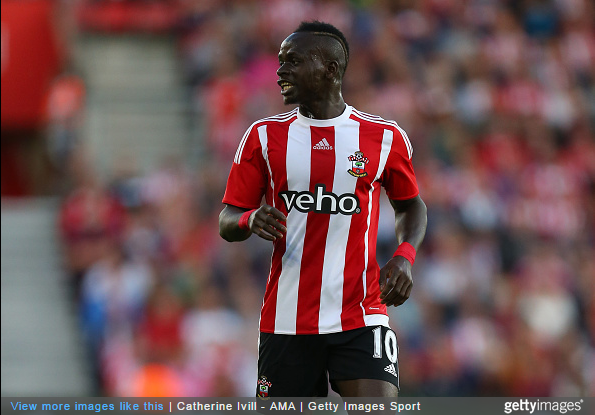 Sadio is a wanted Mané

Having seemingly been gazumped by Chelsea after dithering for too long in their quest to sign Pedro from Barcelona, it seems that Manchester United have already identified a secondary option in the shape of Southampton forward Sadio Mané.

In fact, the BBC are reporting that United have lodged an unspecified bid for Mane this afternoon…

Aunty wouldn’t lie to us, surely.

Mané currently has three years left on his contract at Southampton and is therefore unlikely to come cheap, so it’s highly likely that United’s bid is just a place-saver while they pursue other, more illustrious, possibly Thomas Muller-shaped options.

In that case, Mané will be holding his brand new United scarf above his head at Old Trafford within the fortnight.