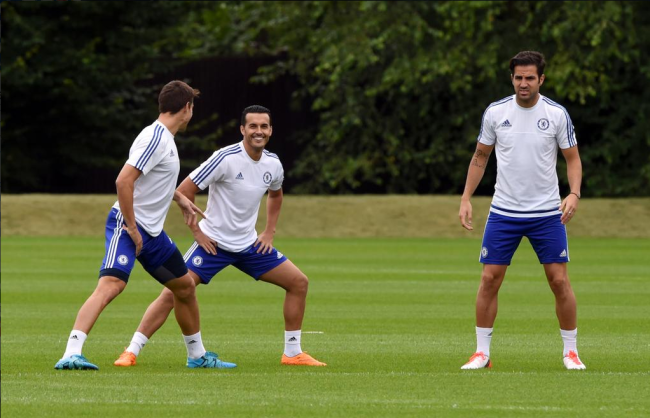 Amid the hype and the bluster, there is a smidgen of genuinely cockle-warming news to emerge from Pedro’s transfer from Barcelona to Chelsea this afternoon.

Thanks to the trickle-down effect of FIFA’s “training and solidarity mechanism”, the £23million deal is set to land Pedro’s boyhood team, Raqui San Isidro, a timely £320,000 windfall – a wodge of cash that may just save the tiny fifth-tier club from liquidation.

San Isidro are based on the Canary Island of Tenerife, where young Pedro played his football up until the age of 17 before being cherry-picked and absorbed into the Barca ranks. Thanks to FIFA’s initiative, they are now entitled to a percentage of the winger’s sell-on value.

Like many other clubs of their diminutive stature, San Isidro have struggled to balance the books in recent years, though incumbent president Jaime Lorenzo has worked miracles in reducing their arrears over the past few years.

Even still, the Pedro money will come as a blessed relief, with Lorenzo confirming as much to Diario de Avisos:

In the three years that I have been president of the club I’ve been through several [transfer] embargoes.

With this money that is coming to us, we will be able to clear all of the debts hanging over us.

After the debts are paid off, Lorenzo and his colleagues have hatched a sound business plan to ensure San Isidro’s financial future by ploughing any remaining cash into good old fashioned bricks and mortar.

We will buy some apartments in order to rent them out and guarantee the club some money. It will mean we’re not dependent on subsidies from the local authorities in the Canaries.

We’re going to hold a general assembly of members with the intention of writing into the statutes that these flats cannot be sold nor mortgaged. It will guarantee is some €5,000 or €6,000 per month.

Cracking stuff. Best of luck to them!