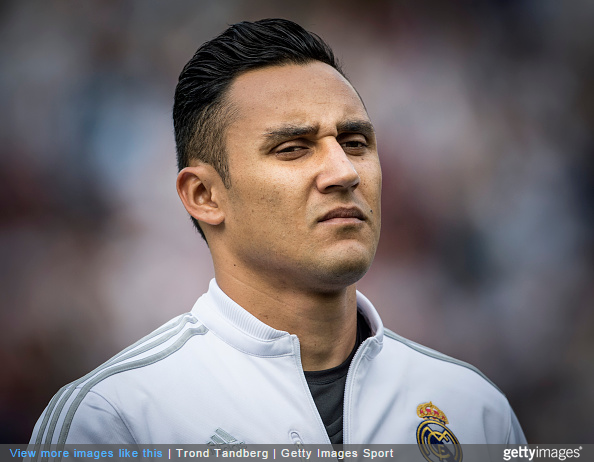 Real Madrid goalkeeper Keylor Navas has admitted that he burst into tears at the airport when he learned that his proposed move to Manchester United (as a makeweight in the David De Gea deal) had fallen through on transfer deadline day.

However, the Costa Rican stopper wasn’t moved to tears by seeing his dreams of playing behind Chris Smalling go up in smoke.

Instead, he involuntarily leaked tears of pure relief because he hadn’t wanted to leave Madrid in the first place.

[Deadline day] was one of the worst days of my football career. I cried when the transfer window was closed, near my wife.

I’m human and everything exploded. I was waiting in the airport even without suitcases. I was not on the plane, but I was near.

Navas also explained that while he never wanted to leave the Bernabeu, he found it tough to come to terms with the fact that Real were so eager to replace him with De Gea.

It was as a complicated situation. I wanted to play, and to watch how others [De Gea] play above me is difficult to interpret.

At 7pm, my agent says me ‘you have to take a plane’ and I was waiting in a room.

The contract (from United) arrived too late. My agent reviewed it and was correct.

I didn’t want to go. I did the medicals in Valdebebas after that and I did not return to the airport.

There was no time. Then I went to home. It was complicated. I arrived at home and I started to cry.

Yep. Realising you’re not going to have to spend the next three years dealing with Phil Jones’ over-hit backpasses will do that to a man.