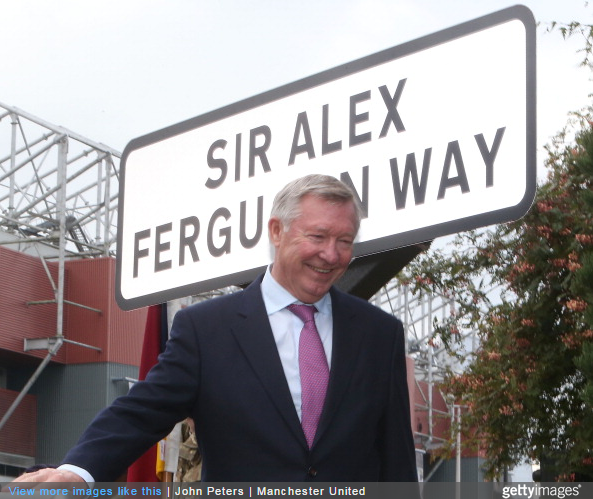 My way or the highway

As mentioned earlier, Sir Alex Ferguson is currently doing the rounds while plugging the release of his new book.

As such, extracts are currently being leaked/serialised all over the place, giving us a little more insight into Fergie’s largely clandestine tenure at Manchester United.

Indeed, the Times have scoured the pages of ‘Leading’ and cobbled together a star-studded list of the footballing talent the former United boss has admitted to having had an unsuccessful dabble on in the past: Sergio Aguero, Petr Cech, Ronaldo and Didier Drogba to name but a few… 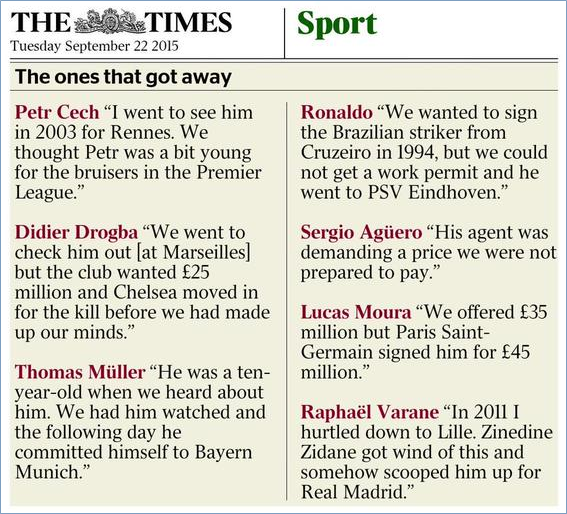 Fergie’s Ones That Got Away < Wenger’s Top 10 Nearly Men.