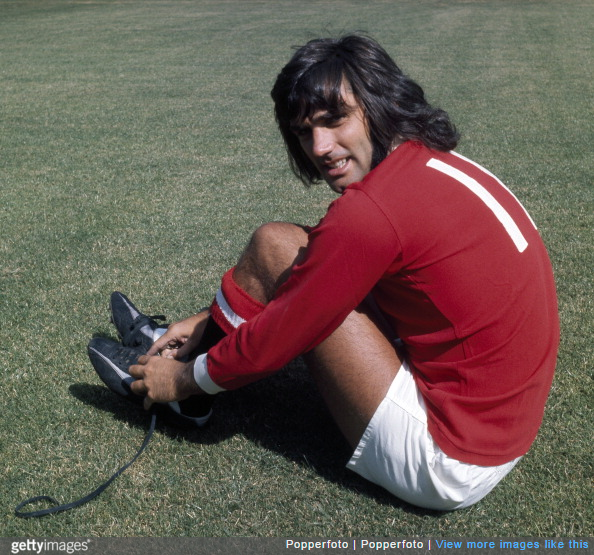 An Irish composer has set his sights on resurrecting a long-lost conceptual documentary film about George Best.

The avant garde film, titled ‘Football As Never Before’, was originally made by German director Hellmuth Costard in 1971 and simply features 90 minutes of footage from eight 16mm cameras trained on Best (who was at the peak of his tabloid notoriety) during Manchester United’s 2-0 win over Coventry in 1970.

Costard, who passed away in 2000, followed Best’s every move for the entire duration of the match, even at half-time – a candid and unfiltered examination of the man behind the myth.

Now, inspired after having seen the movie at a German film festival, an Irish musician by the name of Matthew Nolan is keen to dredge the Best film from obscurity, re-score the entire thing and release it on 25th November – the 10th anniversary of Best’s death.

Nolan, who is a music curator and lecturer in film at Trinity College and Dublin Business School, told the Guardian:

As a musician with an interest in film scoring, it struck me then that the film could accommodate an alternative and more creative musical response – or even soundtrack.

As an idea it’s been percolating for many years now but it was only with the 10th anniversary of his passing coming up this year that I thought it felt right to try and make it a reality.

This is an opportunity to use music to try and draw an audience more deeply into the film.

Prior to Nolan’s imminent re-jigging, the ‘Football As Never Before’ film already exists in its entire original state on Youtube.

If we’re perfectly honest, it’s not the most riveting watch…