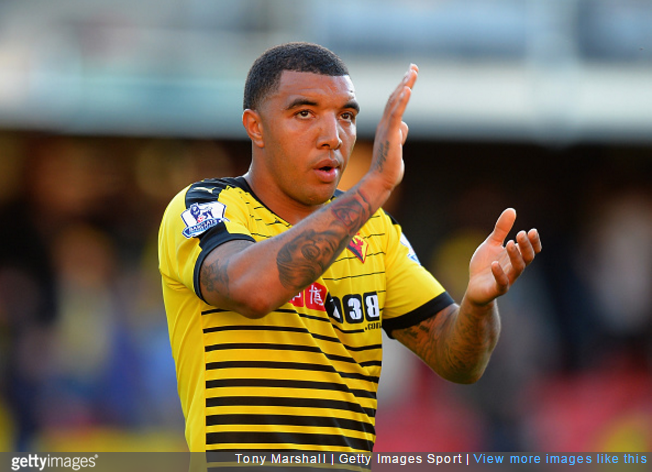 Watford captain Troy Deeney has made good on a promise he made in prison by inviting six of his former cellmates along to watch him in action against Manchester United this afternoon.

Deeney served three months of a 10-month stretch back in 2012 after being found guilty of affray following an attack on a group of students outside a Birmingham nightclub that left one nursing a broken jaw and three others injured.

I’ve got my cellmates coming – I told them it would all come true.

I have proved people wrong all my life. When people write me off, that’s when I perform my best.

Watford stood by Deeney while he did his time, and the striker repaid the club’s faith by emerging as a reformed character on the other side – swiftly becoming an integral part of the Hornets side that played their way back to the Premier League.

As such, he believes it was hitting rock-bottom that instilled him with a new, more patient and rounded outlook on life.

As motivational aids go, that’s a fairly strong one.