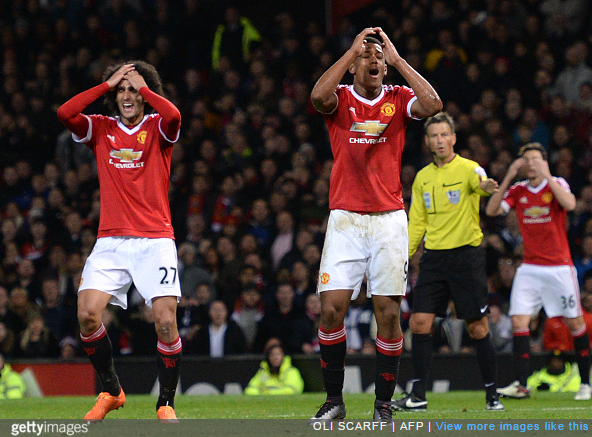 Having already won away at Arsenal, Man City and Liverpool this season, West Ham registered yet another fine result on the road on Saturday, deservedly bagging a draw at Old Trafford.

With Wayne Rooney out injured, Anthony Martial started in a central striking berth for the Red Devils, but the young Frenchman and his teammates struggled to provide much of a cutting-edge. Indeed, it was the Hammers who looked the more dangerous throughout. Mauro Zarate was unfortunate not to get himself a goal after hitting the woodwork twice.

German midfielder Bastian Schweinsteiger was lucky not to see red for raising his arm to Winston Reid as Louis van Gaal’s side toiled. Martial and Marouane Fellaini did both go close  but a victory for the hosts would have been unfair after Slaven Bilic’s side produced an impressive display.

After yet another 0-0 draw, United find themselves fourth in the table, three points off the top. As for West Ham, they go sixth.