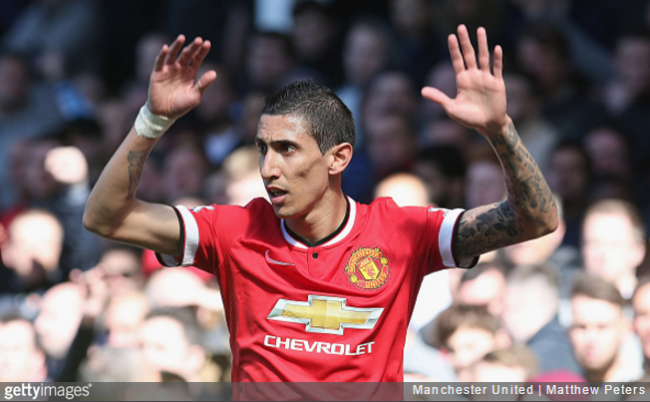 Without explicitly naming names, Angel Di Maria has hinted that Louis van Gaal is to blame for his largely miserable year-long stint at Manchester United in 2014/15.

Speaking in an interview with BBC Football Focus, Di Maria groused that continually being played out of position by tyrannical tinker Van Gaal meant that he was never allowed to settle properly at Old Trafford:

It’s not nice to say certain things but it’s more that they didn’t let me settle properly than I couldn’t settle.

It’s up to the manager to decide where and how every player should play, but I think that the player should be comfortable in that position and adapt to it.

The spindly Argentinian, who has since found his feet again at PSG in the altogether less challenging environs of Ligue 1, also had some harsh words for United as they continue to splutter along their merry way.

I left and the team are still playing the same way. Out of the European competitions, far from being champions of the Premier League.

I don’t think it was my fault or the fault of my teammates. Every time I was given the opportunity, I did all I could but it didn’t work out as I hoped.

So I decided to leave, not only to be happy but to win things.