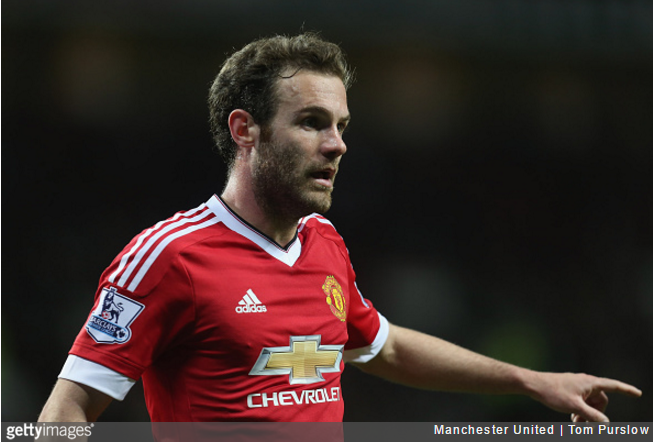 Manchester United string-puller Juan Mata has had his say on modern football and its various blights, admitting players are paid way too much and that he’d gladly take a pay cut in order to diminish the ever-increasing influence that corporate money has on the top tiers of the game.

Appearing on Spanish news show Salvados, Mata (who is thought to be on roughly £140,000-a-week at United) was grilled about every aspect of his professional life and revealed that he empathises with regular fans who are slowly but surely being priced out of the sport.

Football is very well remunerated at this level. It’s like we live in a bubble. Compared to the rest of society, we earn an obscene amount. It’s unfathomable.

My first professional contract was at Real Madrid Castilla. I was 18-years-old and I think I earned something like €90,000-a-year.

With respect to the world of football, I earn a normal wage. But compared to 99.9% of Spain and the rest of the world, I earn a silly amount.

Real life is the one my friends live. They’ve had to look for work, sign on to the dole and emigrate. That’s normal life now. My life as a footballer is not normal.

It scares me sometimes to think about just how protected I am. The smallest problem and someone will come and fix it for me. That’s one of the aspects in which we don’t live a normal life.

I can understand what [the fans] are referencing. In the business of football, it seems the owners are more important than the supporters. It is nothing like the football of old, where there was not such a media involvement, or people with so many vested interests.

The United forward went on to mildly rail against the all-pervading business side of football:

I don’t enjoy the business side of football. I love the game, I love training and competing. I’d happily take a pay cut if there was less business involvement in the sport.

At this level we’re very well paid and sometimes you get to thinking that there really isn’t much of a difference between x and x+3.

Mata then moved onto the general conduct of young players:

Every player thinks he’s Diego Maradona when he joins a big club. That happens to all of us but then you notice it in the younger players.

You see kids who think they’re rock stars; wearing extravagant clothes and driving flash cars … sometimes you have to take them aside and have a word.

Aged 27 going on 77. These youngsters today, with their naval piercings, teenage pregnancies and boom-boom music.

Still, it’s nice to hear from a footballer who hasn’t entirely relinquished their grip on reality.