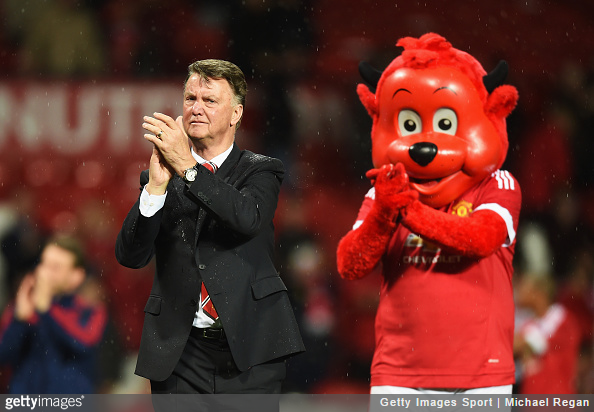 It hasn’t taken Jose Mourinho long to start making his mark at Manchester United, with the new boss spending over £60million in his first couple of months to bring in the likes of Zlatan Ibrahimovic, Eric Bailly and Henrikh Mkhitaryan.

The immediate upheaval in the wake of Mourinho’s arrival had several long-serving members of the club’s back-room staff fearing for their jobs, not least club mascot ‘Fred the Red’, who for some reason felt his days at Old Trafford may be numbered.

Thankfully, one of Mourinho’s first orders of business was to assure club employee Steve Smith that his long-held position inside the Fred suit would be safe under the new regime – even chucking a new contract into the mix to boot.

“Steve was concerned Jose might have different plans for what he wants the club to do before games,” a United source told The Sun.

“But Jose met him during a meet and greet of workers and told him he was great and he liked what he did to help get the fans in the mood for the game.

“Steve had been worried about his future, but Jose has put his fears at rest.”

Fred the Red in his current, plastic-faced guise has been in situ at Old Trafford since 1994.

Before that, this odd little ensemble were deployed to roam around the perimeter of the ground to bolster the matchday atmosphere…

It was a simpler time. Some would say a better time.