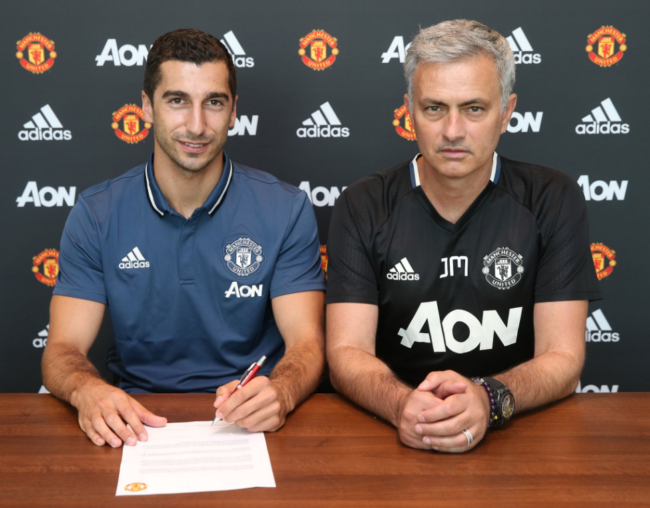 It’s been in the can for over a week but today Manchester United finally got round to officially swearing in Henrikh Mkhitaryan as one of their own.

The Armenian forward, 24, has signed a four-year contract at Old Trafford, having joined from Borussia Dortmund in a deal worth around £26million.

According to recent reports, he’ll be raking in £200,000-a-week at United from hereon out – treble the wages he was on at Dortmund.

No wonder he’s over the bloody moon…

A dream come true! So happy to join @ManUtd, a club I always admired for its history & fans! pic.twitter.com/EkbNVKaOyS

First and foremost, United have got themselves another fantastic talent as Jose Mourinho continues to shape his squad for the coming season.

Secondly, Mkhitaryan’s arrival has given rise to this intriguing little statistic…

Henrikh Mkhitaryan will become the 18th Premier League player with “kh” in his name; but the first to have it feature twice.