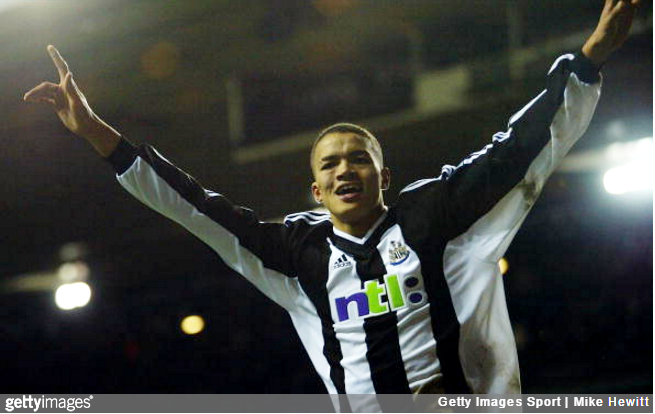 Jermaine Jenas has revealed that he turned down a ‘weird’ approach from Manchester United before he signed for Newcastle in the summer of 2002.

Having played his way up through the ranks and impressed during his debut senior season at hometown club Nottingham Forest, the Premier League vultures were circling as Uniteds Manchester, Leeds and Newcastle all expressed an interest in procuring the 18-year-old.

It was Sir Bobby Robson and Newcastle who eventually went on to make Jenas the second most expensive teenager in British football when they spent £5million to lure him from Forest, but not before the young midfielder felt the compulsion to snub a funny old offer from Sir Alex Ferguson.

Regaling the tale to the Daily Star, Jenas said:

I sat down with my manager, he called me in on my day off, and he basically just went: ‘Look, we’ve had three offers in for you. Leeds have offered £5million, Newcastle £5million and Man United £3million.

I thought that was weird, but basically he said: ‘Ferguson thinks it’s an honour to play for the club, therefore he’s only offering £3million.’

I think they were kind of only doing the deal because I was hot property at the time – not because he genuinely wanted me.

At United they were saying: ‘We’ll develop you and you’ve got all these star players to train with.’ But I didn’t want that. I wanted to be playing.

However, Jenas was motivated by forces other than lustre and so it was the incessant clamour from Newcastle that eventually sealed the deal.

Bobby didn’t stop ringing my phone – and David O’Leary was ringing me. So it was kind of like, which way do I go?

Leeds were Champions League at the time, they had [Rio] Ferdinand, [Robbie] Keane, [Robbie] Fowler and so on – and it was closer to home.

But my agent said: ‘You can’t go to Leeds. It’s going to fall apart. I promise you it’s not good there.’

Once I’d got to St James’ Park, the minute I pulled up to the stadium, I’d decided I wasn’t going anywhere else.

It felt like the right place to be – and Bobby just sold it to me by making sure I knew I was going to be playing.

I could have said no, gone to United and you might never have seen me.

Jenas went on to make well over 100 appearances for the Toon in the three years he spent at St James’ Park, representing the club in the Champions League and UEFA Cup against the likes of Juventus, Inter Milan and Barcelona and even winning the PFA Young Player of the Year award in his first season.

We’d proffer that retrospect suggests he probably made the right choice in the end.