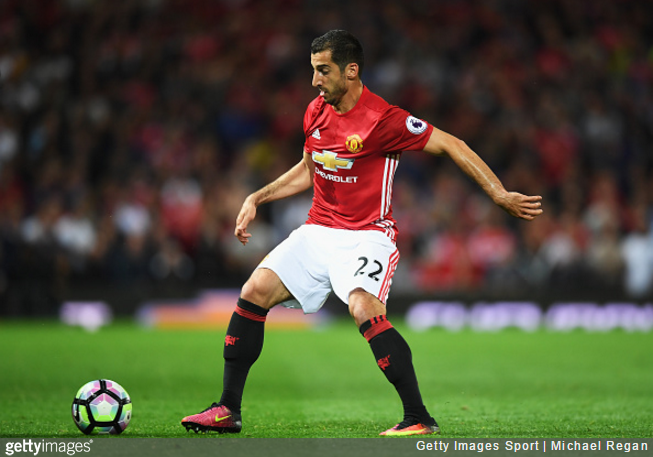 With his side somewhat lacking in attacking flair, one of the many questions hanging over Jose Mourinho at the moment is his staunch refusal to let Henrikh Mkhitaryan anywhere near his team.

Despite United spluffing around £26million on him just a few short months ago, Mkhitaryan hasn’t been included in a matchday squad since mid-September – specifically the day he was subbed off at half-time on his full debut against Man City.

In recent weeks it would appear that the Armenian forward has been sidelined in the same vein as Bastian Schweinsteiger, who has effectively attained ‘persona non grata’ status at United under Mourinho.

Indeed, much like Schweinsteiger, Mkhitaryan has been forced to watch on from the margins, emitting vaguely optimistic Tweets from afar…

Better days will come for us! We march on. One for all and all for one! #mufc pic.twitter.com/Cjur2E3kYv

The Sunday after missing out on United’s toothless 0-0 draw against Burnley, Mkhitaryan was spotted leaving Carrington on his lonesome though it later emerged that he’d been told to train alone were seemingly wide of the mark.

Instead, the Manchester Evening News have it that the 27-year-old is actually putting in extra shifts in a bid to impress his manager.

United players were given Sunday off by Jose Mourinho but Mkhitaryan chose to enhance his fitness at the club’s training complex, contrary to reports claiming he was made to train alone.

M.E.N. Sport understands Mkhitaryan has always done additional training sessions dating back to his stint at Shakhtar Donetsk and a source described him as a ‘perfectionist and a hard worker’.

Finger’s crossed the charm offensive works for the poor bugger. He only wants to help.

Sadly, you fear he’s just a bit of roll-neck knitwear away from this…

A photo posted by Bastian Schweinsteiger (@bastianschweinsteiger) on Oct 26, 2016 at 11:45am PDT