Despite seeing his footballing fortunes droop a bit over the past season or two, for many, Jose Mourinho remains the ‘Special One’. And for 59-year-old Viv Bodycote, her devotion for the Manchester United boss has led her to invest in a blooming great ‘Ms. Jose Mourinho’ tattoo on her chest. 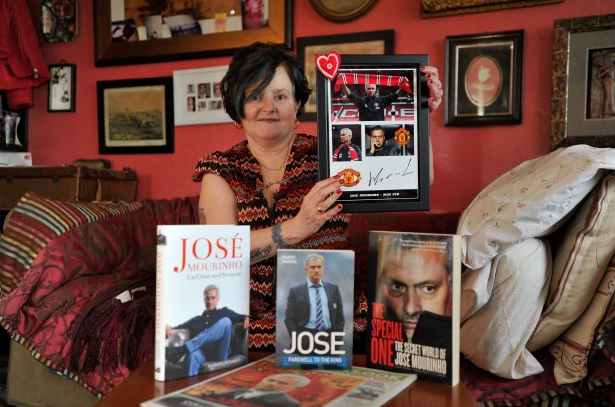 Bodycote is a Mourinho-superfan who sleeps with a picture of the Portuguese coach next to her bed. The grandmother from Earl Shilton also has a ‘Special One’ tattoo on her wrist. 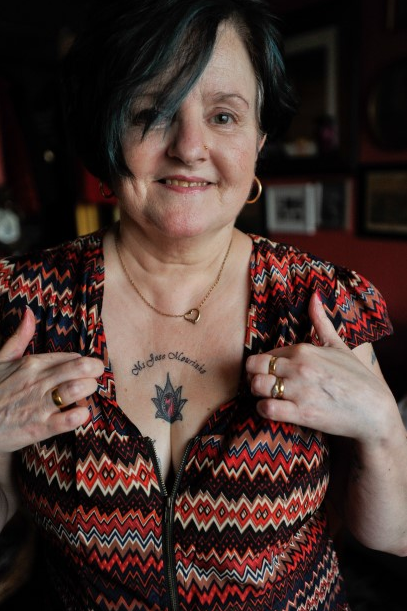 Speaking about her obsession with Mourinho, Bodycote explained the reasons behind her latest tattoo, which go back to the £58,000 fine her hero received for abusive behaviour during the Red Devils’ recent clash with Swansea City. She said:

When he (Mourinho) got that fine and had to sit in the stands I was really unhappy about that.

So I got myself another tattoo – it says ‘Ms Jose Mourinho’ and it’s across my chest.

Bodycote had considered replaced the “Ms” with “Mrs” but, being a woman of taste and morals, decided against it. She said:

I’m a massive, massive fan of Jose but I like the whole family – he’s got a wife and it didn’t seem right to have ‘Mrs’ on my tattoo.

It would be crossing the line.

I think the line was crossed some time ago, Viv! 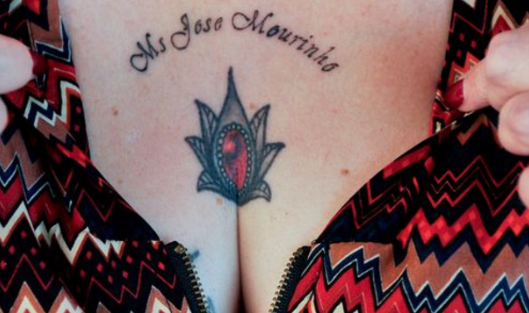 Apparently, Bodycote is now saving up to have her home bedecked in Mourinho wallpaper.

Time to get your home security system upgraded, Jose! (or hotel security, at least)