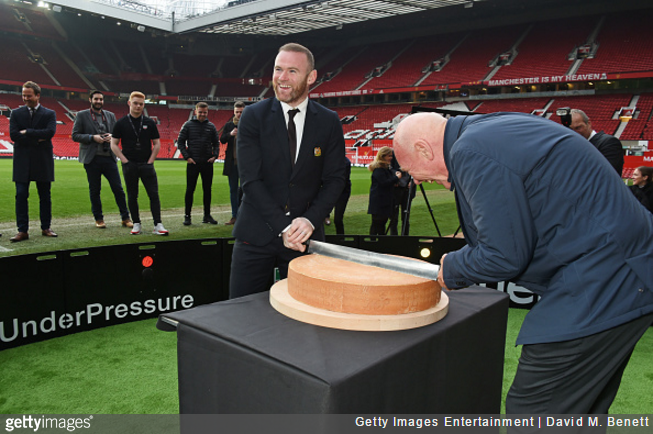 Having failed to trouble the Manchester United starting line-up for several weeks, rumours have once again begun to churn that Wayne Rooney will be heading off to China before the Super League’s transfer window shuts next week.

Rooney hasn’t actually appeared for United since he came on at half-time against Hull City on 1st February and, while supposedly recovering from a “small muscle injury”, it was reported that the 31-year-old was actually fit to play against Blackburn in the FA Cup last Sunday, but wasn’t selected.

Indeed, Jose Mourinho this very week admitted he “couldn’t guarantee” Rooney would still be a United player come March, though it should be noted he was talking in theoretical terms.

However, the Telegraph are today positing that offers of a £600,000 weekly wage may tempt Rooney to China, especially if Mourinho doesn’t include him in the squad for Sunday’s EFL Cup Final.

A move is very much still on and Rooney has offers worth at least £32 million a year, with Beijing Guoan, who tried and failed to sign him last summer, and Guangzhou Evergrande Taobao two of the clubs interested.

That said, you can probably go ahead and rule Tianjin Quanjian out of the running, as coach Fabio Cannavaro has since put a conclusive kibosh on the matter:

We did make an approach for Rooney, but it was just a chat because he simply doesn’t suit our style of play.

No further discussion was necessary.

Of course, in reality, the EFL Cup Final will come and go, Rooney won’t budge and we’ll all be forced to watch him chase his lumpy first touch around on the half-way line for the rest of time.

Turns out there are fates worse than death after all.