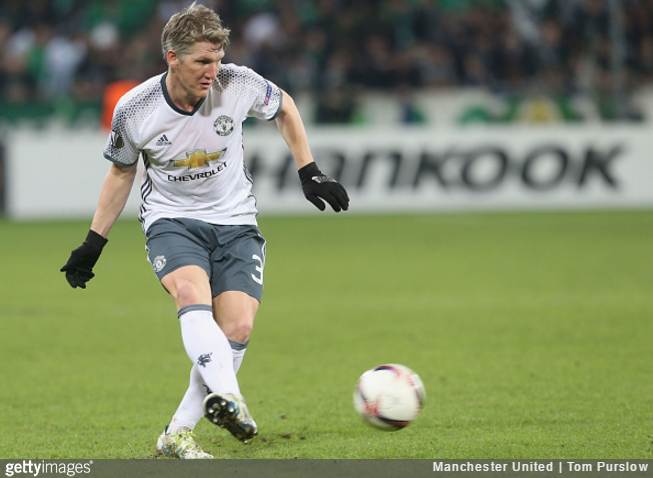 Word on the wire today is that Manchester United are close to allowing Bastian Schweinsteiger to leave the club mid-season in favour of a switch to MLS.

The German, who has made just four appearances for United this season, has reportedly agreed a short-term deal with Chicago Fire.

According to the Chicago Tribune, a deal was struck between the two clubs yesterday with a medical and a Visa now the only obstacles to overcome.

Schweinsteiger could join […] by the middle of next week, depending on his P1 visa application and a physical.

He signed a one-year designated player contract that guarantees him $4.5million in 2017, a source close to the team said.

The deal makes him one of the 10 highest-paid players in MLS and includes a mutual option for at least one more year.

The Fire have finished bottom of their conference for the past two seasons, and are hoping that the addition of a vastly decorate, hugely experienced, World Cup-winning midfielder will rectify that fact.

Thanks to all fans, the whole staff and my teammates of @ManUtd! I will never forget my time with the club, but now it’s time for a change! pic.twitter.com/zYn2o5Cjsk

Gracious and respectful as ever. Here’s wishing him well.