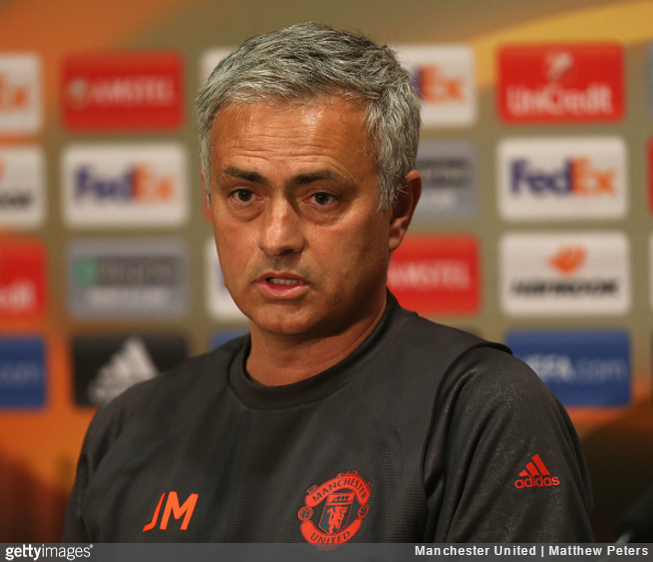 If you can fathom such a thing, Roy Keane has delivered a terse, negative assessment of Jose Mourinho’s first season in charge of Manchester United.

With United sixth in the Premier League, some 19 points behind champions-elect Chelsea and almost solely reliant on winning the Europa League to qualify for the Champions League next year, Keane has written off Mourinho’s debut campaign as “nothing short of embarrassing.”

Appearing on ITV Sport, Keane was asked whether two cup wins (the EFL Cup and the Europa League) would be enough to render Mourinho’s first campaign a ‘success’.

His response was as pessimistic as you might expect:

I wouldn’t go that far. I don’t care. For a club like Manchester United, winning the League Cup and the Europa League with the teams that are in it, you’d expect them to do that.

But to be so far behind in the league I think is nothing short of embarrassing with the players they have and the squad and money they’ve spent.

He (Mourinho) is coming out with plenty of excuses over the last few months.

This idea that they’re now sixth in the league, I think it’s what, 19 points behind Chelsea? I think the manager and the players should be embarrassed by that.

As wearisome as Keane’s joyless world-view can be, it’s hard to argue – and Mourinho’s constant reliance on preemptive excuses can be just as tiresome.

That said, two major(ish) trophies and a spot in the Champions League for next year would be far from an “embarrassment”.

Indeed, it’s actually a slight improvement on the utter morose tripe that has emanated from Old Trafford in recent seasons.