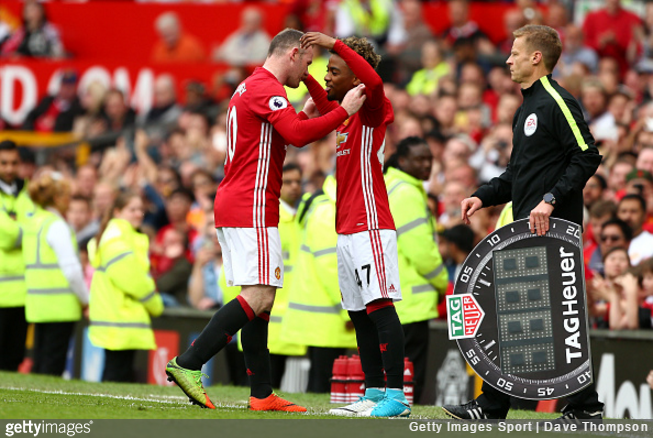 Aged just 16 years and 185 days, Angel Gomes became the youngest player to debut for Manchester United since Duncan Edwards (who was 78 days his junior) when he entered the fray against Crystal Palace on Sunday.

A matter of day after winning United’s Youth Team Player of the Year award, Gomes replaced Wayne Rooney in the 88th minute in what felt like a symbolic changing of the guard at Old Trafford.

After the match, Gomes paid homage to Rooney, posting a photo of the pair from a decade ago when the former was just six years old…

This photo was taken around about the time that Gomes joined United’s academy system, which shows just how early players are being scouted these days. Nice to see a clear line of progression through the ranks still exists at big clubs.

We’re loving that sweet ‘Custom Cars’ sweater too. Wonder if they do it in an adult XL?