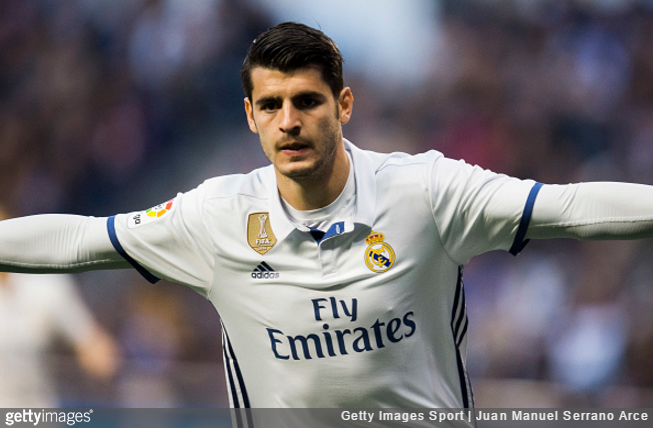 It would appear that Alvaro Morata is teetering on the very cusp of making an expensive switch to Manchester United.

Along with MARCA claiming that Jose Mourinho has instructed Morata to gird himself for a formal offer being made this week, the Real Madrid striker has also gone and ‘liked’ a spurious Instagram post that links him (and Gareth Bale, and James Rodriguez) with an imminent switch to Old Trafford… 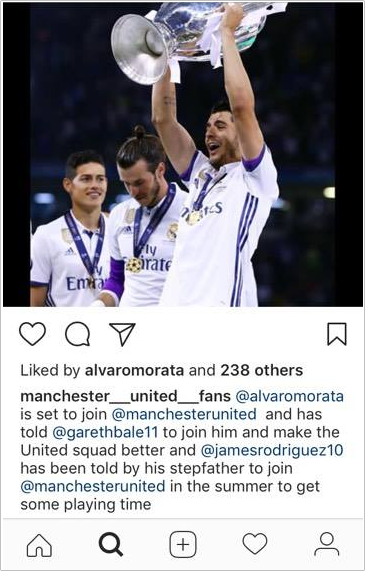 Obviously, it really doesn’t get much closer to 100% irrefutable gospel these days.

And so, with Zlatan Ibrahimovic released back into the public domain (for the time being at least), it would appear that United are wasting little time in procuring themselves a new big-name, big reputation, true No.9.

While Morata has struggled to dislodge the Galactico imports ahead of him in the pecking order at Real, the homegrown rookie always proved more than useful when called upon. At 24 years of age, he’s hardly a cast-off either.

Indeed, he scored 15 goals last season despite only making 14 full starts (26 appearances overall) and actually ended the 2017/18 campaign with the second best goals-to-minutes ratio in La Liga, behind one Lionel Messi.

Perhaps Morata’s highly successful season on loan at Juventus provides a more accurate barometer of his talent, with a sustained run of regular first-choice selection yielding 26 goals in 46 starts. He’s had a private-school level education in footballing terms.

The Bianconeri didn’t want him to leave, but alas he ultimately didn’t have much of a say in the matter.

Zlatan aside, concise, reliable finishing is something United have been in short supply of for a good long while.

He could well prove a Javier Hernandez-like entity – that movement, that knack – at United, only less prone to the in-off-the-arse wibbly-wobbliness that ultimately proved to be Chicharito’s undoing.

With proper strikers always a rare commodity, Morata looks like a good bit of business, even at £60-odd million.

Rumored to make a massive money move to United, here is the lethal Spaniard’s best moments of 2016/17 pic.twitter.com/LQtP64OKh0