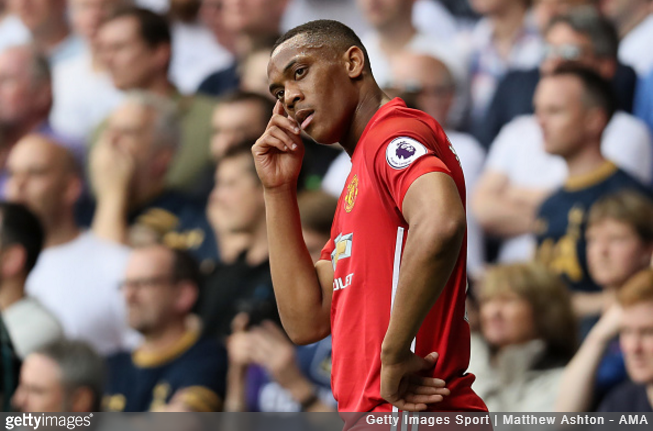 After mustering just nine goals in a sullen second season at Manchester United, word had been rife this week that Anthony Martial was preparing to up sticks in search of a fresh start elsewhere.

The Express, among others, reported that Martial was putting out the feelers over a return to France after becoming weary of working under Jose Mourinho, and that United wouldn’t block his exit should a transfer materialise.

This came just days after the Daily Mail ran with news that Arsenal had identified the “unsettled” 21-year-old as a potential summer acquisition.

Unsurprisingly, it swiftly transpired that the aforementioned tittle-tattle was exactly that, with Martial himself comprehensively confirming that everything you’ve just read is complete baseless tripe…

“The rumours are false,” the United forward tweeted this very afternoon.

Turns out we can all look forward to watching him moodily underwhelm us on a regular basis at Old Trafford next season after all.