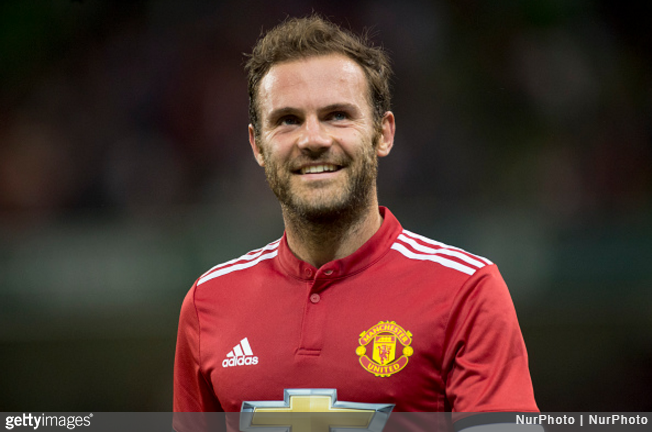 Juan Mata has pledged to donate a portion of his salary to charity and has urged his fellow professional footballers to do likewise.

The Manchester United forward will donate 1% of his wages to the Common Goal campaign, which has been set up to support grassroots football projects around the world.

An amazing project starts today. Please take a moment to check it out. ⚽❤🌏 #CommonGoal https://t.co/UJbedfXnpW

I knew how lucky I was to have the opportunities I’d had — and that not everyone has a family like mine. And even though I’ve been engaged with charities before, I knew that I wanted to do something more. I want to make sure that other kids get the chances I had.

So starting today, I am pledging 1% of my salary to Common Goal, a collective fund — run by the award-winning NGO streetfootballworld — that supports football charities around the globe. It’s a small gesture that if shared can change the world.

I’m asking my fellow professionals to join me in forming a Common Goal Starting XI. Together we can create a movement based on shared values that can become integral to the whole football industry — forever.

I am leading this effort, but I don’t want to be alone.

One of the first lessons I learned in football is that it takes a team to win a game.

“We live by this mantra on the pitch, yet we rarely see it play out in the social impact space, which is dominated by individual initiatives.

Through Common Goal we’re creating a collaborative way for football to give back to society. I urge my fellow players to get involved. What we’re trying to do is define a shared social agenda for football.

Common Goal goes beyond individual brands and egos to deliver a greater impact. By making the pledge, we can form a lasting connection between football as a business and football as a tool for social change.

We’ve said this before about Mata, but what a jolly good egg he is.

Incidentally, that one percent might not sound like a lot, but that actually equates to around £100,000 of his salary that Mata is readily giving up to help those with greater need of it.