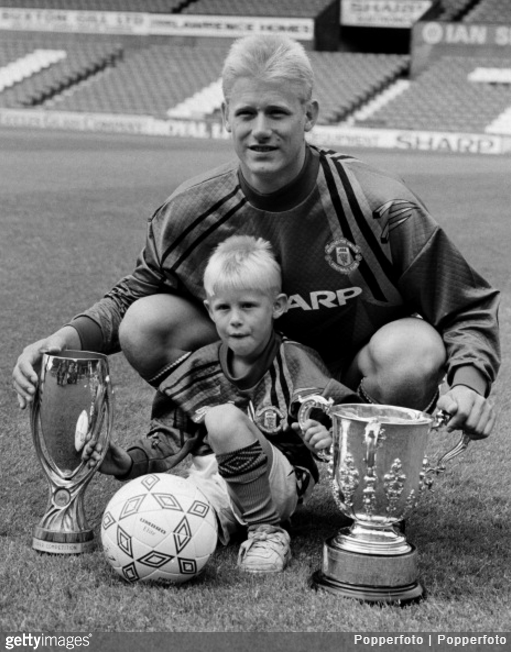 This very afternoon, Huddersfield are set to play host to Leicester City at the John Smith’s Stadium – a fixture that will see two former childhood playmates reunited once again.

With both their dads playing for Manchester United, Kasper Schmeichel and Thomas Ince spent a brief few years growing up alongside one another in the early 1990s.

The Premier League have dug through their archives and pulled out a lovely little swatch of home video (circa 1994) that shows a young Kasper and an even younger Tom going head to head in a corridor somewhere in the bowels of Old Trafford.

A little digging reveals that the ‘Alex’ mentioned in the clip isn’t Fergie but rather Alex Bruce, son of Steve…