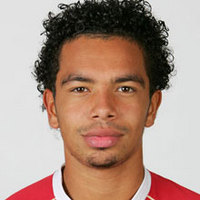 Even the most ardent of Richardson supporters could never argue that he was an integral part of Man Utd’s squad. Alex Ferguson seemed to rate him more highly than the rest of us – whenever I saw him play for United he ran around like a headless chicken, giving the ball away for fun and generally looking not fit to wear the famous red shirt. In fact, if asked ‘Which player would you get rid of this summer?’ I’d imagine that a majority of Utd fans would name Richardson as their first choice.

In which case, they’ll be happy to know that Sunderland have signed Richardson on a four-year deal for around Â£5.5m. Mackems’ boss Roy Keane said: ‘Iâ€™m delighted weâ€™ve been able to bring Kieran to Sunderland… Having worked with him in the past Iâ€™m well aware of what a good player and a good lad he is.’
A good lad. Really, Roy? From what I can see, he has a serious attitude problem – witness his pathetic stomp down the tunnel after being substituted by Stuart Pearce for England at the U-21 Euro Championships recently. He’s quick and occasionally elusive, but that’s about it. However, if anyone can teach him to knuckle down and make the most of his talent, I’d take Keano. You wouldn’t storm down the tunnel if Keane was your boss, would you?