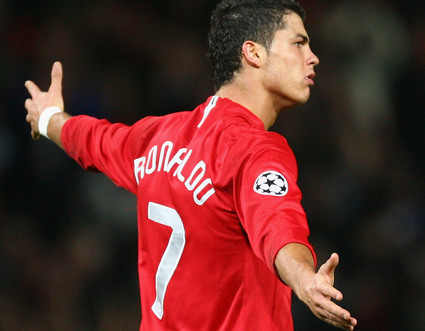 Manchester United winger Cristiano Ronaldo has been told to stay off the pies by nutritionalists who fear his new found love of northern grub could affect his performances.
Staff at Old Trafford have told the pacy Portuguese to cut back on his intake of pies before he begins to put on weight. Ronaldo said: “I dated a girl from Manchester and she showed me that steak pies and chips are very good. But I have to be careful. the club do not want me to eat too much of this food as it would not be good for my game. They have told me they do not want me gaining any extra weight.”