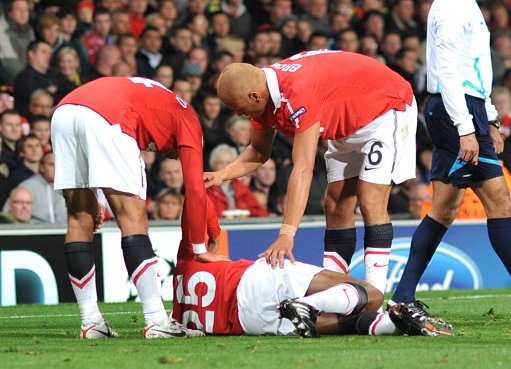 Manchester United manager Sir Alex Ferguson has tentatively pencilled in a February return for Luis Antonio Valencia, after initial reports suggested that the Ecuadorian winger would almost definitely miss the rest of the season with the shattered ankle he sustained against Rangers in the Champions League.

Ferguson confirmed that the break is not quite as serious as first thought;

“You can never be 100% accurate in these situations and it is a bad injury, but we are looking at the end of February, which is better than we thought on Tuesday.

The operation has been successful and the break was clean, which was the major concern for us at the time. He is a strong boy, who is very positive about it. Being positive helps you in these situations, so we are very hopeful we will get him back then.”

Valencia underwent surgery on Wednesday morning to put his left ankle back into place, after it was fractured and dislocated during an innocuous challenge with Rangers defender Kirk Broadfoot.